And that is what happened to the central character Anna Covey. The series of events in the book starts in the year 2140! The planet seems worse than what we are facing right now. Yes, there is no humanity left on Earth and the newborns were treated as unwanted on this planet. It is a beautifully written dark story that revolves around this theory. Gemma Malley is the author of this terrific work.

Anna is caged in the Grange Hall where all the kids are kept to die and get sucked into cruelty. They are made to believe that they are sins of their parents who chose to bring them into this world. It shows a world where only old people ruled and survived. There is a concept of Longevity drug which will stop aging so that they can live forever. These were the people who would agree to not have kids. Otherwise, they could always Opt Out, can bear a child but they had to give them away to the Authorities who would then decide the kid’s future. This was done to restore power and discourage new ideologies in the society. That was the Declaration. 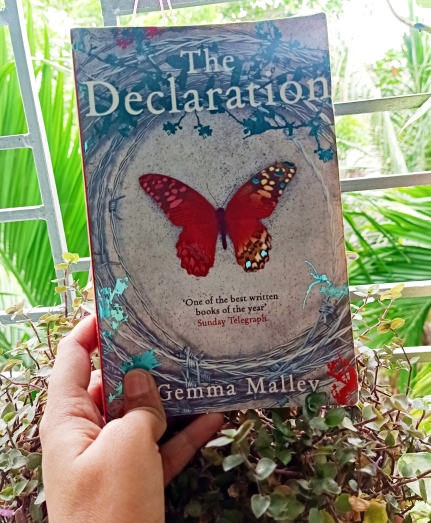 Well, that just surpassed every infamous ideology that we had known of till date!

But as the book unfolds, it is seen that Anna unlike other Surpluses, she was wanted and loved. The journey, thereafter, is one exhilarating read!

Gemma Malley made sure that there is a happy ending no matter what. The gloomy picturesque writing made me feel Anna’s emotions throughout. Her escape story from Grange Hall to London is a mission as hell. 2140 Earth where there’s lack of food, natural resource, energy, air, fundamental rights, to list a few; Anna does not give up on herself. The end of the story is surprisingly unpredictable. It just brings in a lot of emotions altogether.

Not an exaggeration, but I do hope a film maker picks up the book soon and plans on a movie. The book has some serious motion to it! 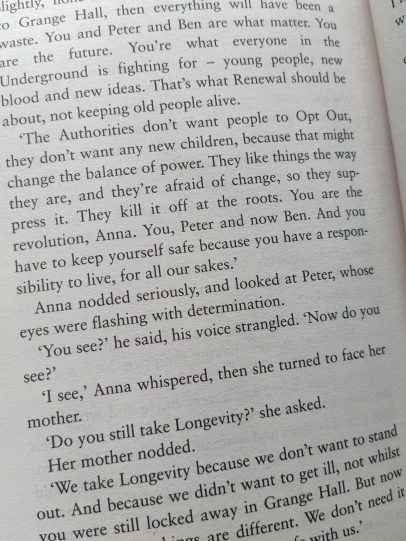