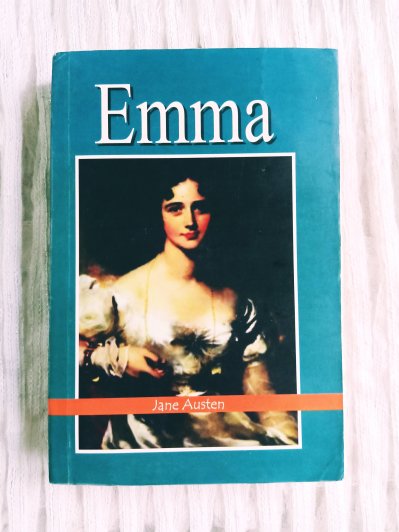 Now this book do not really need an introduction, does it? But still, for few who do, this is a revolutionary piece written by Jane Austen. A little backstory here, I was never fond of classics. There was an instant irritation every time somebody told me how fondly he or she read them. This all happened because of Shakespeare. This is not a hate blog for this man, he is a genius, no doubt. But he always made me wonder like why has he made sadness the forte of all his published works. Most importantly, I thought for school kids it was quite a trigger to explore sadness for no reason! You don’t believe me? Do a flashback meditation (not sure if its a thing but I guess you get my point!).

Moving on, it was the time I watched Clueless that I learned it was based on a century old novel. That’s it! So then I got my hands on this book. With less pretzel like complicated English and a fresh look on the then society, this was an eye-opener. Emma really made it clear that beyond all the feminism and equality propaganda that make rounds worldwide, financial independence is something that will surpass every crux of revolutions of the womanhood. And also broke my inhibitions to like classics.

Emma by Jane Austen is surely an experimental and a brave take given the structure and the lifestyle of 1800s. Emma, one of the two daughters of a worrisome father, she finds herself in the middle of a country life that did not count in freedom for women. She is opinionated and considered a life without romantic attachments would be the portal to sanity. Well, that takes a comic turn in a different chapter with the introduction of Mr. John Knightley, her only critic! Her self proclaimed power to match making, she decided to get her former Governess Miss Taylor get married to the widower businessman, Mr. Weston. Even after she became Mrs. Weston, she still remained as her confidante.

However, much of her innocence and arrogance was at times debated to be the result of her personal secured finance and that she did not quite understand the struggles that people in the world faced every day. At times she is full of herself and driven by pride. Mr. Knightley surely knew how to get things going when she gets married to him in the end.

I loved Jane Austen’s dry satire and her strong voice through Emma. She addressed all the aspects of country life from that era with details. Be it masculinity, female empowerment, parenting styles, nature of families and friendships, class; Austen made her powerful thoughts come alive with Emma Woodhouse and other significant characters.

P.S. She talked a lot about food! For foodie reader, its an awesome tea table read (sorry for the poor pun but I just had to finish it like this!)