Recently I came across my sister’s friend and his flamboyance and quirk made me literally admire his confidence. At first I was a little hesitant but what the heck!

“Don’t you think the new generation is lucky if we look back to the struggles of the previous generations?” I asked.

The answer was long, honest and made me feel guilty to some extent.

“I don’t think neither the past nor the present generation is lucky enough to be who we are in reality. You can say we live in a make-believe world. Before society if parents start accepting us, that would be the moment where people like me would find the luck. Well, it is not always a mental war zone. Some people do accept us. I have some precious friends who let me be. They act as a shield against the majority of people who still think the we don’t have the right to live!

The movements have definitely made people aware of what LGBTQIA+ means; that’s a very small population around the planet. In that way if I say then may be we are getting luckier than the previous generations. Girls can think of loving girls; boys can think of finding soulmates in other like minded boys.

The straight society will take more time to accept this fact that we are all humans and that’s when one generation can think that they are luckier than the others.” 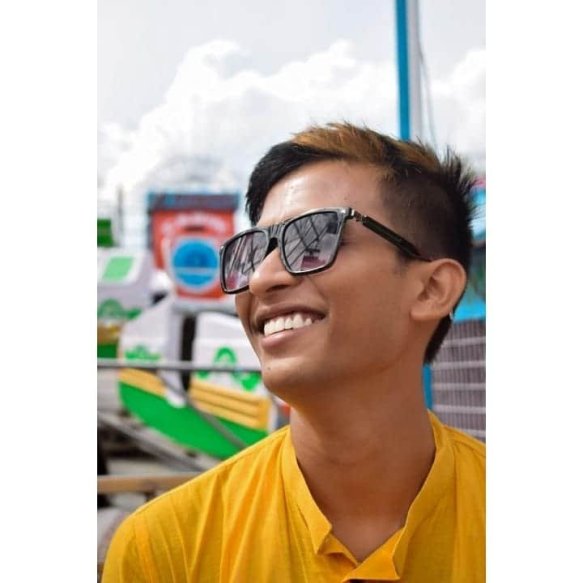 Meet Debanjan Bagchi. A 19- year old hospitality enthusiast who does not want to be closeted. He is a free spirit. Just like all teenagers, he felt a certain infatuation few years ago. His brother wanted to cover-up the direct confession with the illusion of bisexuality. Interestingly enough he accepted it. Over the years he had 3 girlfriends but could not keep himself emotionally available. It was last December when he realized he is gay. Just another choice like being straight. As anticipated, his mother could not approve in the beginning. But then, she’s a mother!

This is for all the Debanjans around, you all inspire me to believe in my gut!